With a forex platform, it has become very easy to invest in gold electronically using the same mechanism that one employs to invest in currency pairs.

Almost all platforms today offer the pair XAU/USD, and the only restriction is that gold can only be traded with respect to the US dollar, because gold trading is priced in US dollars as is trading in oil.

For example, some exchanges do limit the amount of time one can remain in a trade and the trading times for the use of this pair according to some limitations imposed by the London Gold Exchange, which is the where the world’s gold gets traded.

But, increasingly, it’s possible to trade the pair just like any other, 24 hours a day. Check your platform for details.

As with all trades you make on the platform, online trading with gold does not require the “physical” purchase or sale of the real material. You do not purchase gold that you can hold.

You do make use of the international Over-the-Counter exchange created by the London Gold market, and the clearing and settlement facilities they make available, but you will not be aware of all this. You will clear your trades just as you always do. 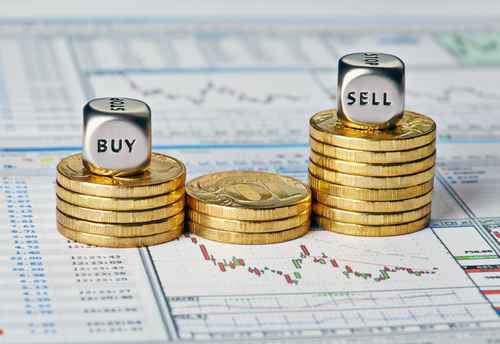 Trading in gold is a question of understanding the sentiment on the gold market. The price of gold is volatile; it goes up and down according to how investors feel.

For example, when the crisis started in Ukraine, traders became frightened, fled to gold, and the price went up 2.3 per cent to US$1,351.6 an ounce.

That happens whenever there is a big catastrophe, a war, or anything that frightens investors, and they take their funds out of stocks and bonds and buy gold, either gold funds, or the metal itself.

The financial crisis of 2007-2009 made investors nervous and many bought physical gold, pushing the price way up to over USD 2000 an ounce for a while. Then the clouds dissipated over the global economy, and investors pulled their money back out of gold into more productive investments. The price of gold went back down to nearly USD 1000 an ounce in 2013.

And this is the problem with investing in gold. As the great guru of American investing Warren Buffett once said:

“Why invest in gold? You put it in your safe. It sits there and does nothing. If you buy an ounce of gold today and you hold it at hundred years, you can go to it every day and fondle it and a hundred years from now, you’ll have one ounce of gold and it won’t have done anything for you in between. You buy 100 acres of farm land and it will produce for you every year. You could buy the Dow Jones Industrial Average for 66 at the start of 1900. At the end of the century, it was 11,400, and you would also have been given dividends for a hundred years. So a decent productive asset will kill an unproductive asset.”

This is, of course, an extreme view from an active investor, but it is true that performing investments are easier to judge than gold. There is, of course, some demand for gold for making jewellery, and, in China and India, consumers consider buying gold as an absolute necessity, an essential part of domestic security. Consumers in China and India show the greatest demand for gold in the world, and when they buy, they do have a certain effect on the price of the metal.

But you can see how this plays out in a report from the World Gold Council. Consumer demand for gold rose 21 percent in 2013 as appetite for jewellery, small bars and coins hit an historic high of 3,863.5 tons. This was largely on the back of demand from China and India. Jewellery demand was at its highest since the onset of the financial crisis in 2008, coming in at 2,209.5 tons. This showed an increase of 17 percent from the previous year. The demand was fuelled in part by the fact that the price of gold was lower in 2013 than in the previous year.

And investors -- still worried about security -- kept up demand for bars and coins, which surged to an all-time high of 1,654 tons, valued at USD 75.0 billion.

With all of that, overall demand for gold dropped 15 percent in 2013. Investors were, in general, not so ‘risk-off’ as the financial world calls it, and so they put their money back into stocks and bonds.

Gold performed worse than almost any other asset, despite all the demand from consumers in China and India. Nothing could make it plainer: It’s very difficult to know what gold is going to do and when. The one time you are likely to be sure about investing in gold is when all hell breaks loose: a war, an earthquake, a financial crisis. Whatever shakes people up makes gold go up.

In other times, it’s probably wise to steer clear of gold. Of course, there is a forecast. Nomura Securities has raised its 2014 gold price forecast to USD 1,335 per ounce for 2014 from the previous USD 1,138 per ounce as, the Nomura analyst explains,

“the speed of last year’s price decline brings forward the start of the next cycle.”

“Gold appears set to recover like a phoenix regenerating from its ashes,” the Nomura analyst forecasts.

Several major investment banks, including Japan’s Nomura, Switzerland’s UBS and London’s RBC Capital Markets have all recently raised their gold price forecasts. UBS now expects the price of gold to average USD1,300 per ounce this year while RBC has set an average of USD 1,400 per ounce. For 2015, Nomura predicts a gold price of USD 1,460 per ounce.

Gold has already risen by around 12 percent this year, partly as a result of the US Federal Reserve announcing that it would slow down its policy of “quantitative easing,” or intervention in bond markets and easy liquidity.

For the day trader, in the midst of all this uncertainty, a technical approach to gold/dollar is perhaps the safest. Short-term changes in the XAU/USD pair are perhaps best understood in terms of pullbacks and breakouts.

Certainly one should keep an eye on fundamentals, but watch resistance and support floor carefully as well.