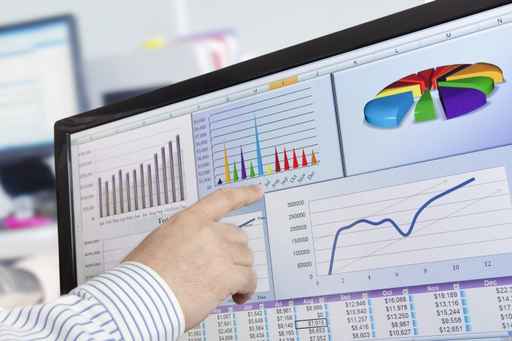 The fundamental analysis of forex trading is based on the consideration of trends as they are caused by events, politics and economics.

A currency is issued by a given country (or group of countries, in the case of the euro). Movements in a given currency are, to some extent, dependent on the geopolitical context of that country, the policies of its central bank, and the country’s economic context.

Fundamental traders base their analysis on these factors, and observe how the currency moves on the market as these factors change.

A good, basic example is the policy of quantitative easing announced by the US Federal Reserve about two years ago. This policy, insofar as it affected only currency, involved maintaining a very low rate of interest on the US dollar. It also involved increasing the supply of US dollars.

Obviously, whenever supply increases and interest rates decline, the value of a currency also declines at least to some extent. Fundamental traders would have undoubtedly strategized for a weaker dollar in their trading.

Technical traders would have ignored the Fed’s policy, and just observed where the dollar hit a support floor in a given period.

There are, however, points when even technical traders must look up from the charts. On a day when a central bank makes an announcement about interest rates, for example, even a technical trader would be absurd not to pay attention, as a sharp rise in interest rates is certain to jerk a currency higher, at least for a short time.

So even technical traders start their day by reviewing the Economic Calendar for the day. Most forex platform sites have one for consultation.

The Economic Calendar lists the events and announcements that have the potential to move the market that day. They include central bank announcements, economic statistics, and sometimes even major corporate announcements from a given country.

The exact time of the announcement should be given, and often the best course for a technical trader is to simply get off the market at that time. The fundamental trader, on the contrary, will have studied all the forecasts for the announcement and made a determination about what the market will do, and placed a trade based on that judgement.

Some of the most important announcements fundamental traders watch for include:

Moves into and out of a currency are determined as the central bank of that country raises and reduces interest rates. These announcements are particularly important as the central bank is usually very careful to give no clue about interest-rate changes at any other time.

The key indicator of economic growth or recession in a given country or region. Sharp increases in the growth of GDP are very often accompanied by a rise in the value of that country’s currency.

The Purchasing Managers’ Index is one of the most closely watched surveys of economic sentiment. Improvement in the PMI is generally considered a sure sign of economic recovery or imminent growth, similarly decline is a hard indication of economic slowdown.

A strong change in employment statistics is very likely to have an effect on currency movements, as it indicates a change in economic context.

A country that has a significant Trade Balance deficit will generally have a weak currency as purchases of foreign currency must be made to cover the balance.

Rising Durable Goods Orders are normally associated with stronger economic activity and can therefore lead to higher short-term interest rates, which means a rise in the price of the currency against most others.

Apart from these particular announcements, other events are important for fundamental analysis. Elections, for example, are closely watched by fundamental traders. Even the run up to an election, with campaign announcements, can have a strong effect on a currency.

Any major geopolitical event is sure to affect all the major currency pairs. Any major conflict or war nearly always moves the currency markets – it has often had the effect of driving up the US dollar, but this seems to be changing.

Sharp moves in the price of oil are increasingly also affecting currency prices.

Oil is priced in US dollars, but changes in its value now affects nearly all the major currencies in one way or another – it is necessary to observe the changes over time to formulate a strategy.

Major macroeconomic changes are also something that fundamental analysts keep a close watch over.

If global economic growth is set to slow, then some economies will perform better than others during the recession. If commodities prices rise sharply, then economies in developing nations are likely to perform better, so their currencies should climb in price. If Germany sees good export sales, then all of Europe benefits, and the euro rises.

The fundamental trader has a lot to pay attention to. There are no real rule books for how to trade fundamentals, so you have to develop your own approach, and your own specific strategy.

One thing all fundamental strategies have in common is that they are all based on observation and experience, as the relationship of news or economic phenomena and the market is a complex one.