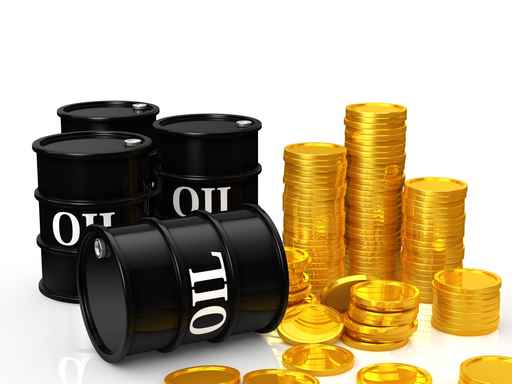 Crude oil is a naturally occurring petroleum product commonly used in energy production and manufacturing. It is typically purchased with the intent to be refined into everyday uses such as diesel, gasoline, heating oil, jet fuel, plastics, cosmetics, medicines and fertilisers. As such its price has a dramatic impact on the global economy. It is traded in high volumes all around the world.

The price of oil is a critical global economic factor, which means that trading is influenced by political and commercial concerns. In general, higher oil prices tend to undermine economic growth as this increases travel and shipping expenses, which increase inflationary pressures. If the price of oil remains high over a long period, the cost of downstream products like plastics and fertilisers are affected as well.

What this means, from a trader’s point of view, is that when the price of oil is high and has remained high for some time, oil producers take steps to reduce the price. Groups like the Organization of Petroleum Exporting Countries or OPEC agree to production slowdowns, and importers reduce purchases. So a trader has to watch for times when a high oil price hits “resistance,” and read the news carefully to see when to go short.

But, having a low oil price for an extended period is also not an unequivocally positive factor for the global economy. When the price of oil remains low for too long, the companies that explore and drill for oil cannot raise the capital they need to find and produce enough of it. Because a sufficient supply of oil is essential to the economic security of all of us, it is critical that these companies be able to continue their work.

So, what happens, when the price remains low for a long time, is that importers step up purchases and groups like OPEC reduce production – they do not care to sell at low prices anyway. Again, the trader has to watch for these moments of “support floor,” and act accordingly.

But there are other events that have to be observed when trading oil. Geopolitical insecurity almost always has a direct effect on the price of the commodity. War, or the threat of conflict, will push the price of oil up. Similarly, if there is political instability affecting an important oil producer – and that happens a lot, as many are developing countries – elections or other political changes in these countries can push up the price as well.

The trader also has to be aware of the destabilising effect that shale oil production in the US has had on the global oil price. The industry is still trying to adjust to the vast changes that this trend is imposing on it.

How is oil actually traded?

Crude oil futures are standardized, exchange-traded contracts in which the contract buyer agrees to take delivery, from the seller, a specific quantity of crude oil (eg. 1000 barrels) at a predetermined price on a future delivery date. Forex platforms now provide ways for you to trade into oil futures, without actually having to trade the futures themselves, and thus avoiding the necessity of ultimately taking delivery of the oil which is a concomitant of the futures trade.

In line with the world’s standard, there exist two major classifications of crude oil, and different platforms trade each. US oil is referred to as West Texas Intermediate (WTI), and  UK oil, called Brent Blend oil. The WTI is considered light with low sulphur content, is used commonly in US. The light density coupled with less impurities makes WTI oil a sweet crude oil, meaning it has a low density, and is more economical to refine and transport. Typically to demonstrate its worth, it trades higher at a dollar or two to Brent. The Brent Blend although not as light as the WTI is a sweet crude and contains approximately 0.37% sulphur. Being refined in Northwest Europe, it is used in production of petrol and middle distillates.

It is possible to trade both of these crude oils on different forex platforms. Trading crude oil on the forex platform may be somewhat different from trading in other commodities. Some platforms simply trade CFDs in oil, and then you trade the contract just as you would a currency pair. Oil is generally traded against the dollar, as oil futures contracts are always priced in dollars.

You will find, on your forex platform, a trading pair like OIL/USD or sometimes CLD/USD. You can go long or short on this pair, just as you would other pairs.

Similarly, some platforms use contracts for oil that have expiration dates, and the trader should be aware that holding them for too long will lead to their being rolled over into the new contract price.

For example, at expiry time 12:00 GMT the old contract closing price was at US$35.50 per barrel and the new contract price is trading at US$40.50. At expiry, the old deal will be closed automatically at US$35.50. Any profit or loss will be reflected in the margin and thus in the free balance. You have to give special instruction to the dealer, and so the dealer will open a new deal at a price of $40.50 (the price of the new contract at 12:00 GMT), and place an amount equal to the remaining margin on the old deal, unless you provide other instructions.

So it is very important, when trading oil on your forex platform, to be aware of any restrictions or time limitations that may apply.

But clearly, the ability to gain such easy access to this fantastically liquid and fast-moving world market is a terrific opportunity for traders.